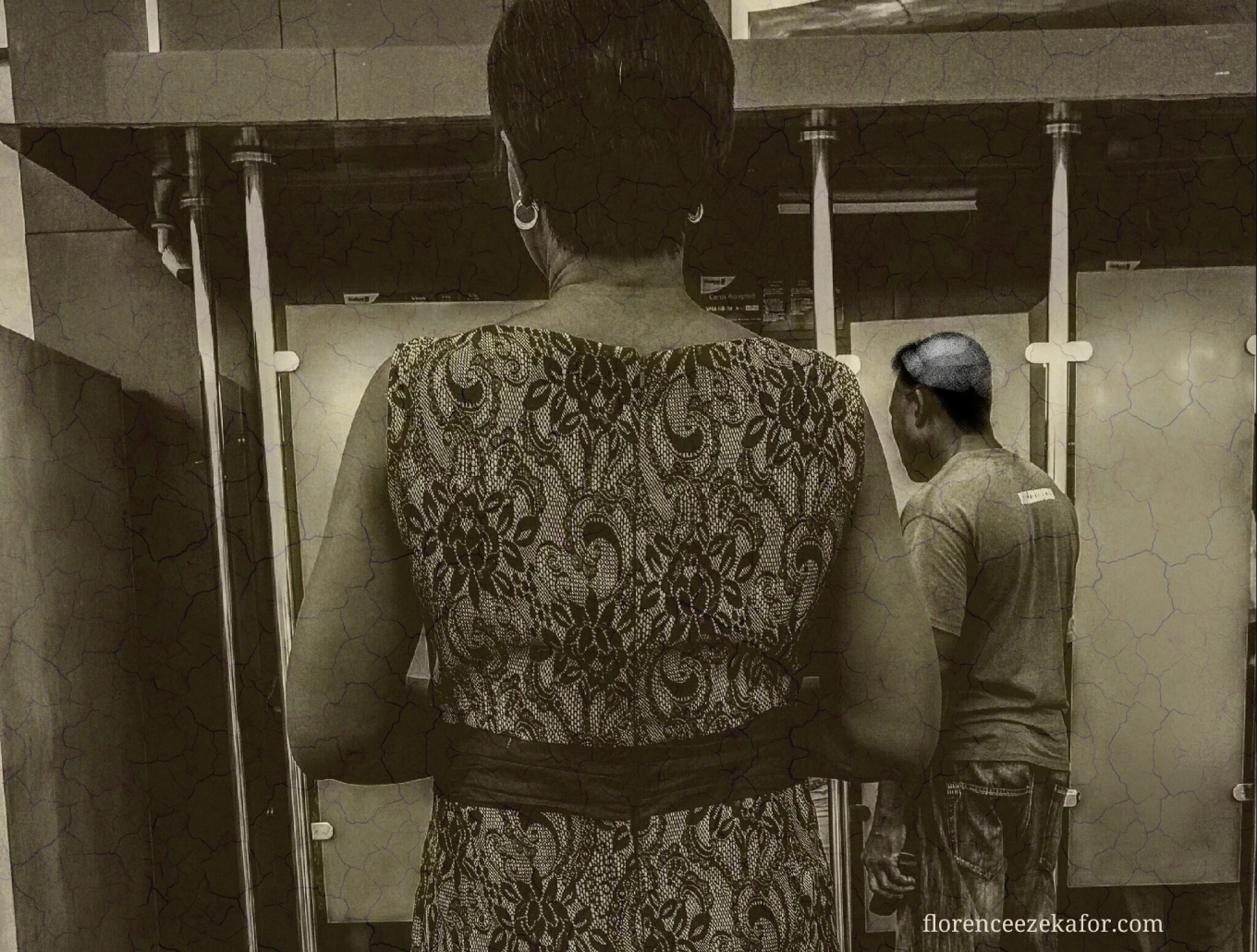 As I walked home from school on Wednesday evening without my walk-home friend, Emeka, I was seriously disturbed that Ukadi paid my school fees again.

Why should he? To make his rope around me stronger?

I increased my stride to get home quick and see my father. We needed to talk. I needed to tell him my mind as he said I should after four days.

I was deep in thought when I heard a car beep.

I stood aside and waited for it to pass. It was a lonely narrow and untared road with thick shrubs on both sides.

He stopped in front of me instead.

Out of instinct, I made to run away, It’s hard to fathom what the ‘jeep men’ could do. A lot of stories had been told about kidnap and rape and all. I was somehow scared.

But I was brave enough to keep walking, calmly.

He followed slowly until I stopped to warn him to stop following me.

He rolled down his glass.

“Hello,” I said with such coldness that made him grin.

“Where are you heading to?”

I started walking away. I thought he was missing his way and needed me to give him direction but since he wasn’t missing his way, I had no time to waste with a total stranger. I didn’t want to take any risk.

“Do you realize you’re being rude?”

Silence ensued as we continued.

I wished Ukadi came around. He would have turned red with rage and jealousy.

When ‘we’ reached the junction before my house, I asked him where he was going.

“As you can see, I’m following you home.”

He followed me to my house. No need to fret because my mum would tear him to pieces with the words of her mouth.

That’s exactly what she would do. No other man except Ukadi would be allowed near me. Her heart had been won over to forever cherish him as her son-in-law. An older son-in-law.

We reached our gate and he parked by the side of the road and stepped out. I didn’t bother to stop him.

He followed me into the compound.

My mum was there. She stood up with hands on her hips – akimbo.

“Who’s that Amaka? Who is he looking for?”

I only gestured with both my hands and shrugged my shoulders that I didn’t know him.

“Young man, what brings you to my doorstep?”

“From where? Past, present or future?” Didn’t anyone bring you up? Didn’t they teach you? Don’t you have common sense? Do you enter people’s compound just like that?” She vibrated. “Disappear this moment before I alert the neighbours.”

“Sorry, ma’am. I’m sorry.” he walked away fast without looking back. I laughed heartily and wished she did that to Ukadi.

I'm a food scientist who has chosen the path of creative writing- the one thing which comes to me naturally.
Back in 2013, my love for teaching young learners propelled me into picking teaching as a career. I taught English, Maths and Science in the United Arab Emirates where I lived for ten years. Right now, I live in Coal City, a beautiful hilly area of my country Nigeria.
My website Fiez-writer is a product of my extreme desire to share my writing with the world. Here, I share fiction, poems, thoughts and writing tips.
A huge part of my life is spent with my lovely family and I'm a proud mother to three brilliant kids.

2 thoughts on “My Best Wedding Ruiner #6” Leave a comment ›

Donate to keep Fiez a happy and better writer.